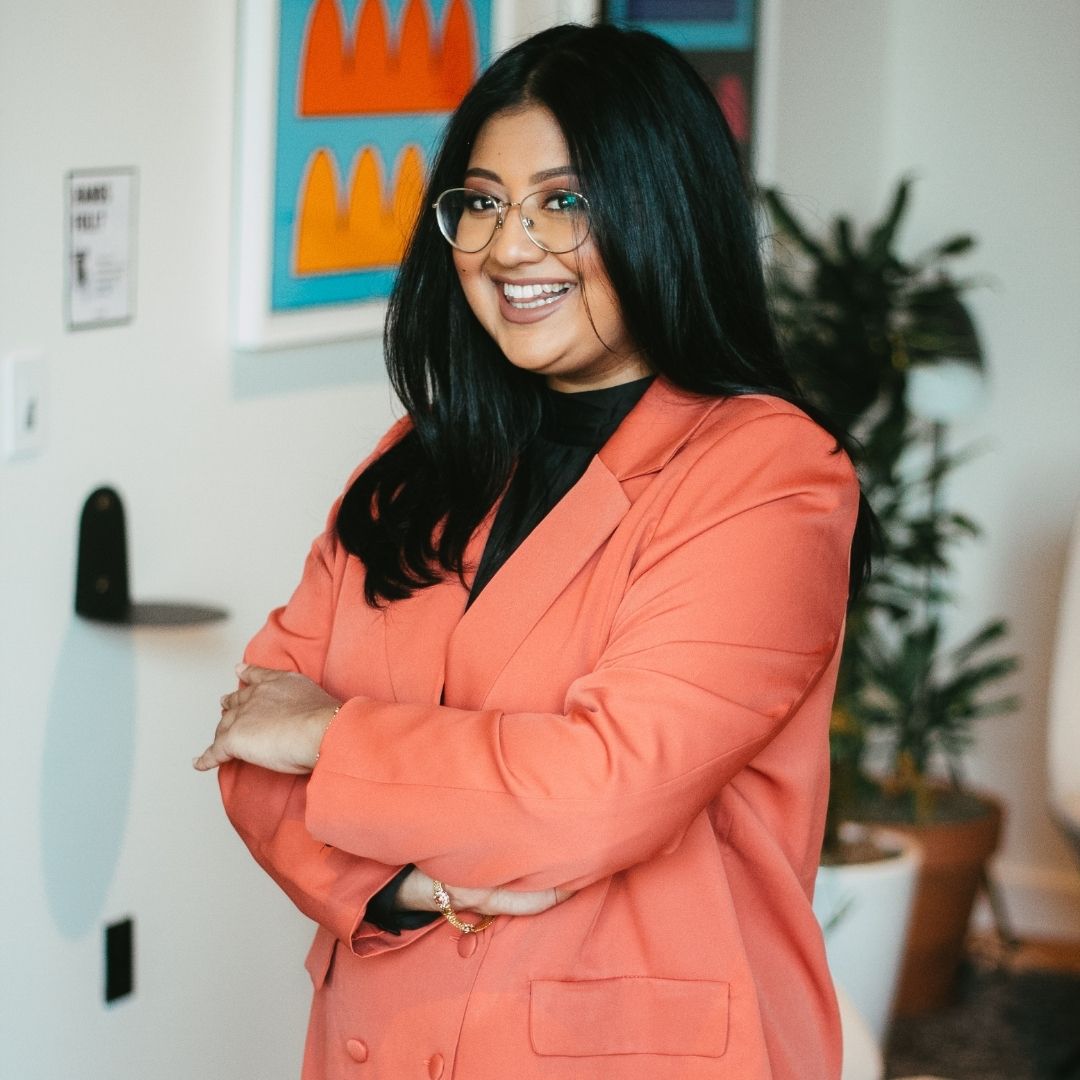 Shahana is a Bangladeshi-American Muslim feminist and community organizer born and raised in Kensington, Brooklyn.

Shahana is a Lupus survivor and since diagnosis at 17, she has not rested in bringing her fight locally to protect communities in pain and build a City together that prioritizes care. Lupus nearly killed Shahana, from losing all her hair after aggressive chemotherapy to being rejected for the City’s paratransit services, having no choice but to go up and down the stairs of subway stations without elevators and escalators as a disabled woman. Now, with both hips and left shoulder replaced, Shahana is ready to bring the Cyborg energy into the City Council.

Known throughout her neighborhood as someone unafraid to take a stand for her community, Shahana has mounted organizing efforts around housing, the arts and criminal justice. She helped create the Avenue C Plaza, which has become a beloved gathering spot for community events; set up a free immigration law clinic; and was profiled in the New York Times for her work helping a young Bangladeshi woman escape from an abusive forced marriage to safety in a Muslim women's shelter.

Shahana’s priorities are rooted in 1) defunding the NYPD to reinvest in the City’s schools, health care, and housing 2) desegregating schools and bolstering a City that shows up for youth, not abandon them 3) protecting families against predatory landlords and private developers, and a Homes Guarantee at the local level 4) a Green New Deal for Brooklyn, with the creation of green, union jobs.