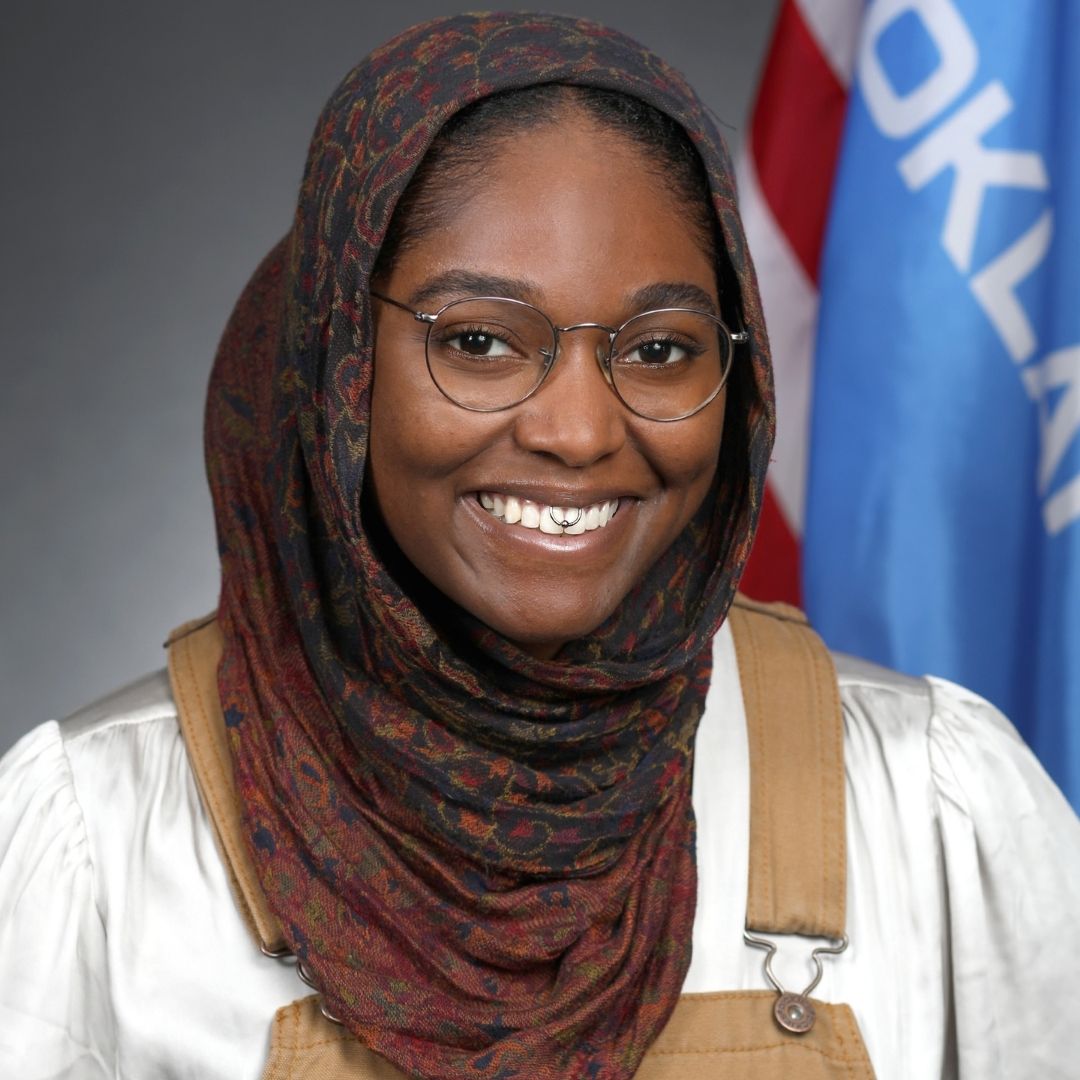 Mauree (They / Them/ Theirs / Representative) is the newly-elected State Representative for Oklahoma’s 88th House District thanks to the people.

They was formerly the Regional Field Director for the Campaign for Smart Justice, an ACLU campaign focusing on criminal justice reform, and its many intersections. Their life’s works are geared towards fighting for and maintaining the civil rights and liberties of all who enter America.

They are an Oklahoma community organizer, born and raised, coming from a Muslim and Baptist upbringing. In elementary school, if they were missing class it was because they were at an HIV and AIDS Awareness event or LGBTQ+ advocacy event with their mother.

Rep. Turner grew up believing in the power and duty they had to change the world for the better.

They have also worked with the NAACP of Oklahoma, Freedom Oklahoma, CAIR OK, and a number of community-based and student lead groups working in and researching the intersections of racial justice, LGBTQ+ rights, religious freedom, reproductive rights - just to name a few. Working with these organizations, they have researched the history of the criminal justice system and what it does to communities of color, and Black Women especially, and they are just getting started.