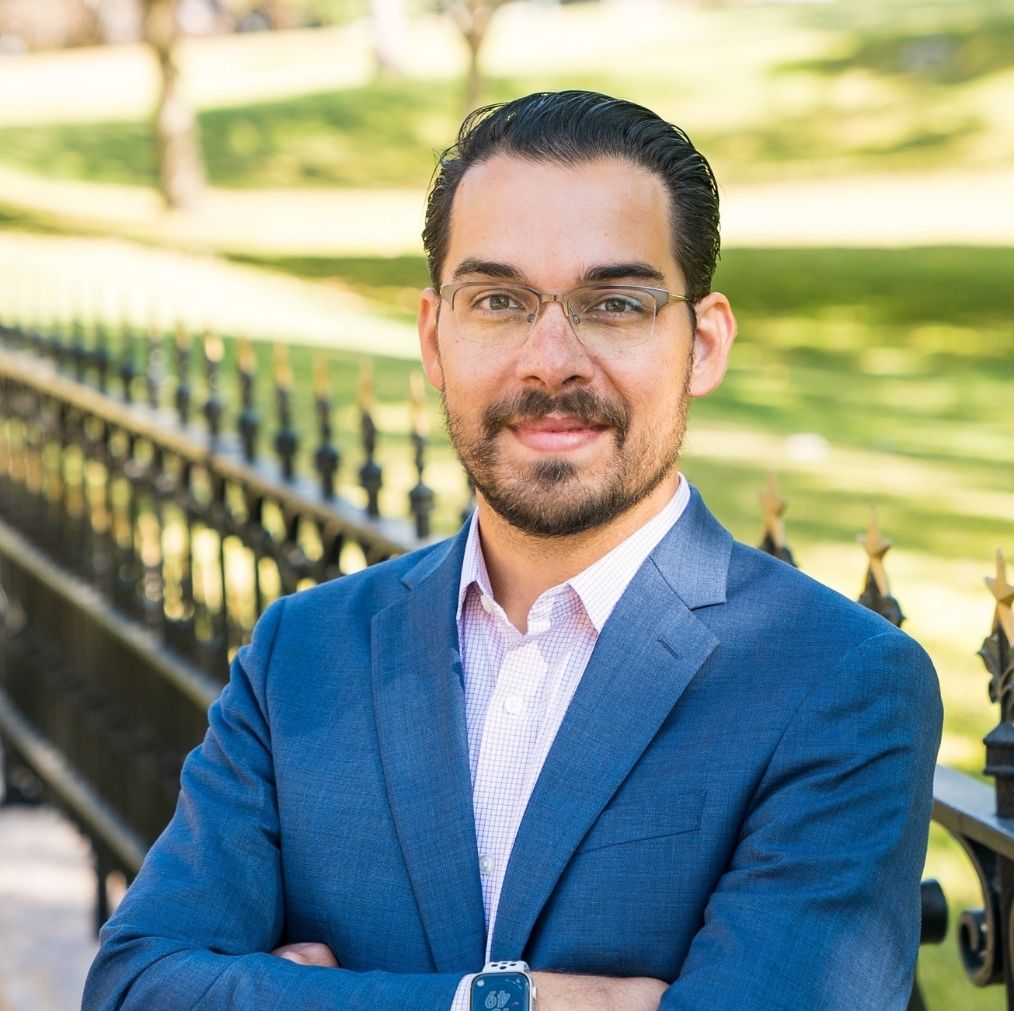 Originally from San Antonio, Matt has called Southeast Travis County home for eight years, where he and his wife raise their two kids. He's running to provide bold leadership in one of the legislature's safest blue seats. As someone raised in poverty by a single Latina, his life's trajectory was transformed by people who stepped up when he needed them most. He grew up utilizing food banks to put food on the table, unsure of where he'd sleep on a given night for parts of time in high school, and knows what it's like to experience transformative generosity.

It's why he dedicated his life to public service. He became a special education teacher and data scientist specializing in public policy data, where he's helped nonprofits and progressive organizations address complex policy issues through data. Matt has actively served his community throughout the pandemic and winter storm response as Vice-President of the Del Valle Community Coalition and Vice-Chair for the City's Early Childhood Council.

Matt's district experiences widespread food insecurity, a dearth of transportation infrastructure, poverty, and growing housing instability on account of record levels of growth in Central Texas. These realities aren't just part of Matt's story; there's nothing safe about them. It's why he's running to serve now. District 51 needs leadership that shows up for folks beyond campaign season and won't settle for safe politics. If elected, he'll prioritize strengthening public schools, investing in public health, improving infrastructure, and protecting civil rights.