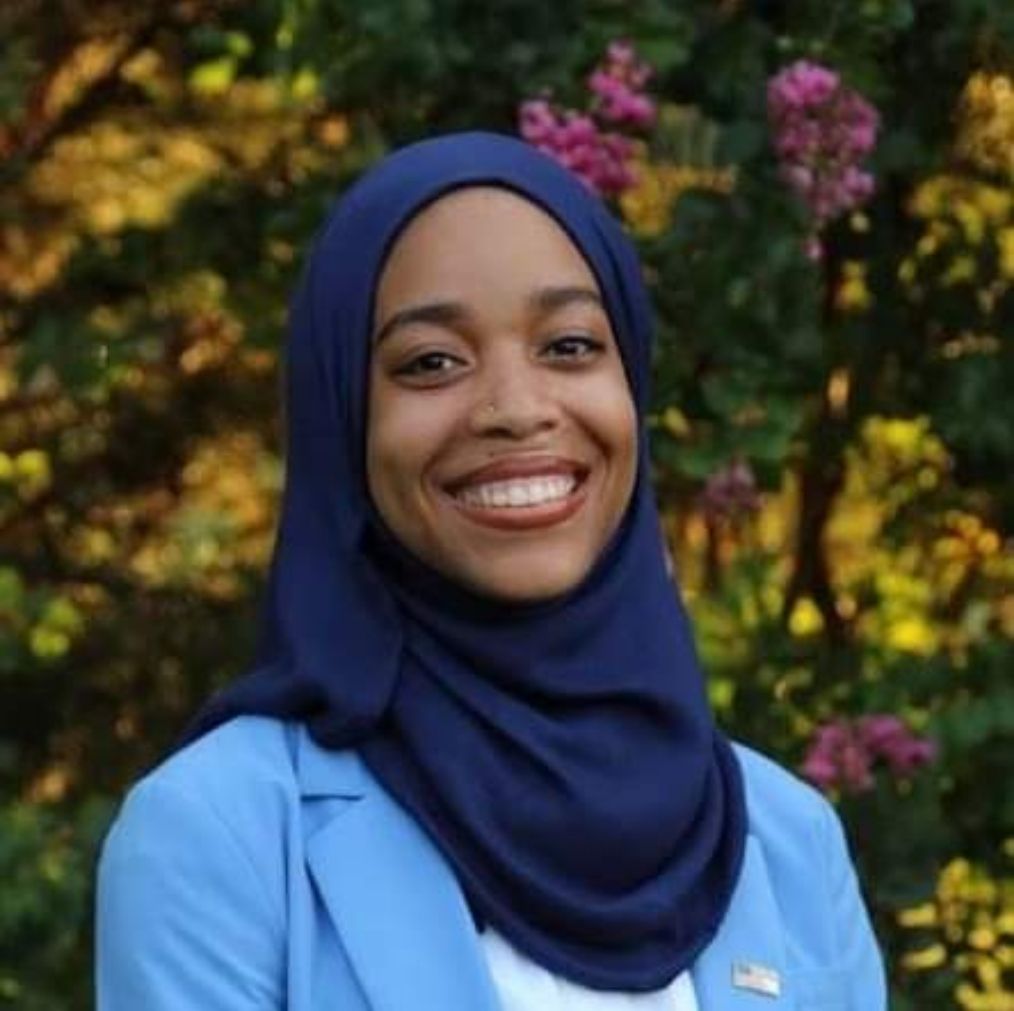 Madinah grew up in the 26th district, where she lives with her family. Madinah is an alumna of the University of Delaware and holds a bachelor’s degree in International Relations and Asian Studies. She has formally studied Arabic, Chinese, French, and Spanish.

While at the University of Delaware, Madinah was actively involved in several campus organizations where she held leadership positions, including the Muslim Student Association, Students for Justice in Palestine, and her sorority Lambda Pi Chi.

She worked for two years as a legislative fellow in the state legislature, and an additional year as a legislative aide for the 26th and 27th districts. In this capacity, she communicated with residents and helped them with a variety of issues. This experience gave her first-hand exposure to the issues and concerns of her fellow community members.

In 2020, Madinah defeated an entrenched imcumbent im the 26th District, and became the first Muslim to be elected in the State of Delaware. She also works as a policy analyst at the Biden Institute, while she pursues a master’s degree in Urban Affairs and Public Policy