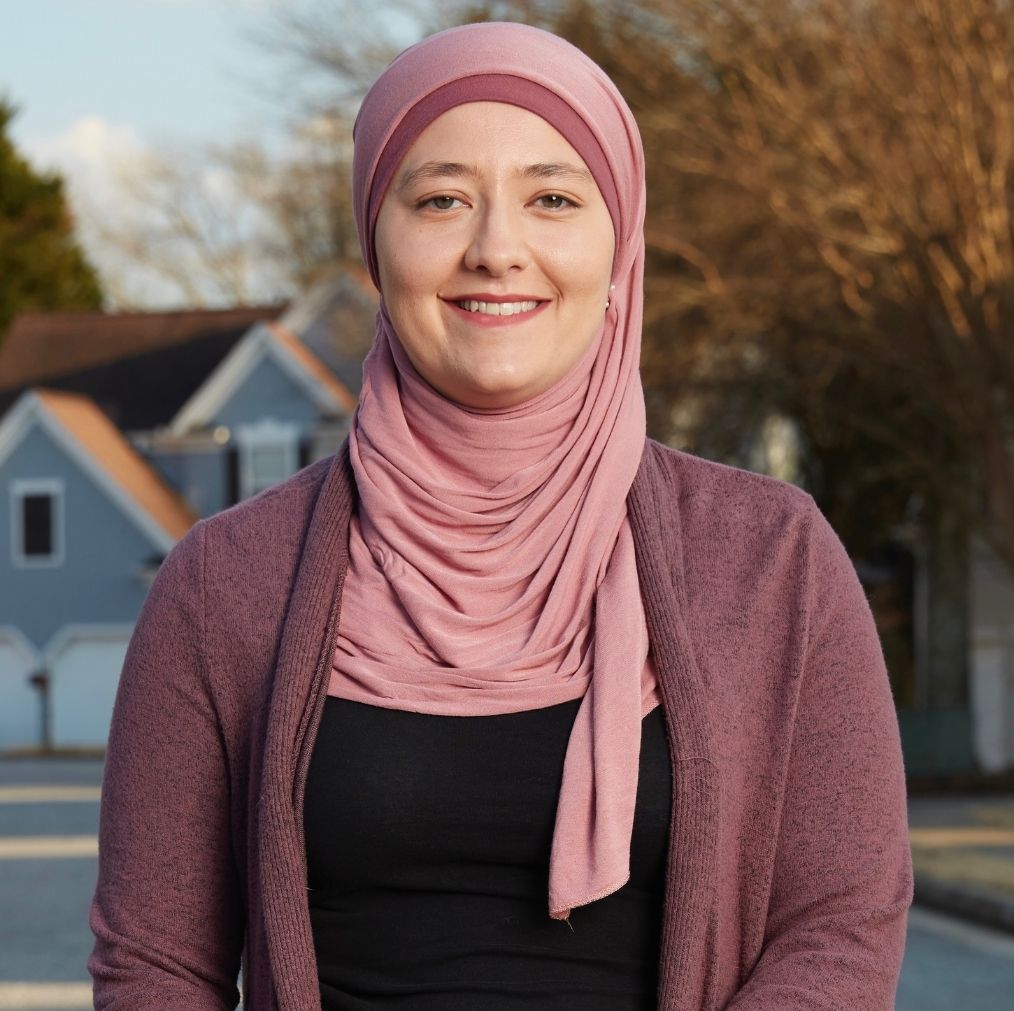 Ruwa is running to become the first Muslim woman in Georgia’s State House. She was born in Jordan and is the granddaughter of Palestinian refugees. When she was 7 years old, her parents moved to Georgia where they raised her and her three siblings

Through a mix of scholarships, like HOPE, she was able to attend Oglethorpe University and eventually go on to earn a Masters in Public Policy from Georgetown University.

For more than a decade, she worked to empower her communities to turn out and make their voices heard at every level of government. Ruwa helped establish the only Muslim civil rights organization in Georgia and directly worked against the Muslim Ban eventually helping draft and pass the No Ban Act. She also helped establish the Georgia Volunteer Hub to train the influx of Georgia and national volunteers while connecting them to local Georgia organizations. In the past, she worked as a Field Organizer for the Georgia Muslim Voter Project and served as Communications Director for CAIR Georgia. That work gave her the exposure to see a path to a blue Georgia long before so many dared to believe it.

Ruwa is running to put public service back into politics. She will work to invest in our future by advocating to fully fund education, expanding access to healthcare, bridging the economic opportunity gap, and protecting the most fundamental right to vote.