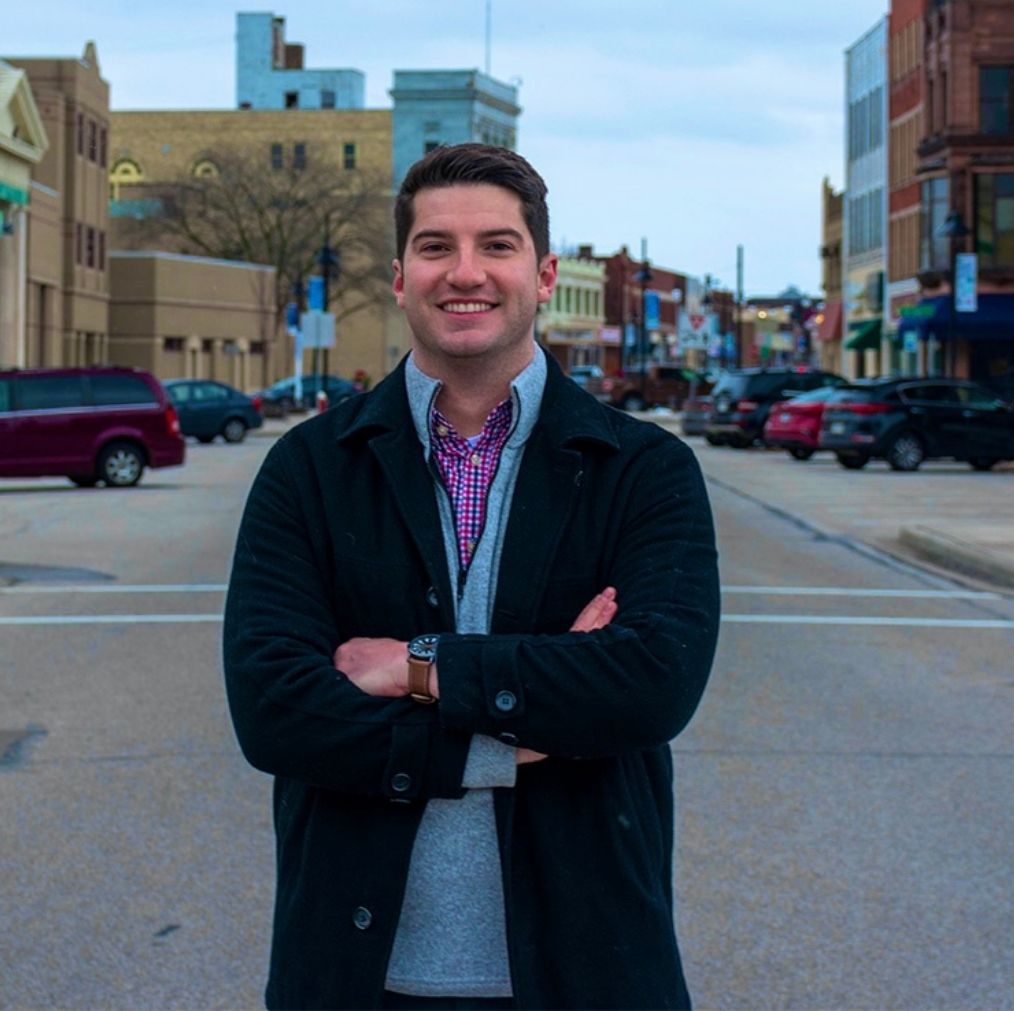 Anthony was born and raised in Lorain and attended Amherst Steele High School, graduating in 2014. While growing up, he managed to convince his parents to let him stay up late to watch The Daily Show with Jon Stewart. Thanks to Jon Stewart, Anthony got involved in politics at a young age because it affects the lives of people every day, whether they realize it or not.

As a Sophomore in college, Anthony's dad, Lou, a union man and member of the National Air Traffic Controllers Association, was diagnosed with cancer. Anthony enlisted in the Ohio Army National Guard as an infantryman and later commissioned as a 2nd Lieutenant from Ohio University Army ROTC. Shortly after leaving for Basic Training, Lou passed away from his battle with cancer. Along with fulfilling his military duties during college, Anthony was elected as a Senator At-Large by his peers and the statewide President of the College Democrats of Ohio.

Anthony then served as the Veterans and Military Affairs Liaison for U.S. Senator Sherrod Brown's Office from 2019-2022. In this role, Anthony traveled the state to help ensure Ohio veterans were given access to the benefits they earned during their service and further advocate for more benefits to encompass the total cost of war. He grew to learn what it means to be a public servant. To serve each constituent, regardless of political identification, to the best of his ability. Anthony is now running for the Ohio Senate to further extend this idea that public officials and their staff have a duty to put community before politics.