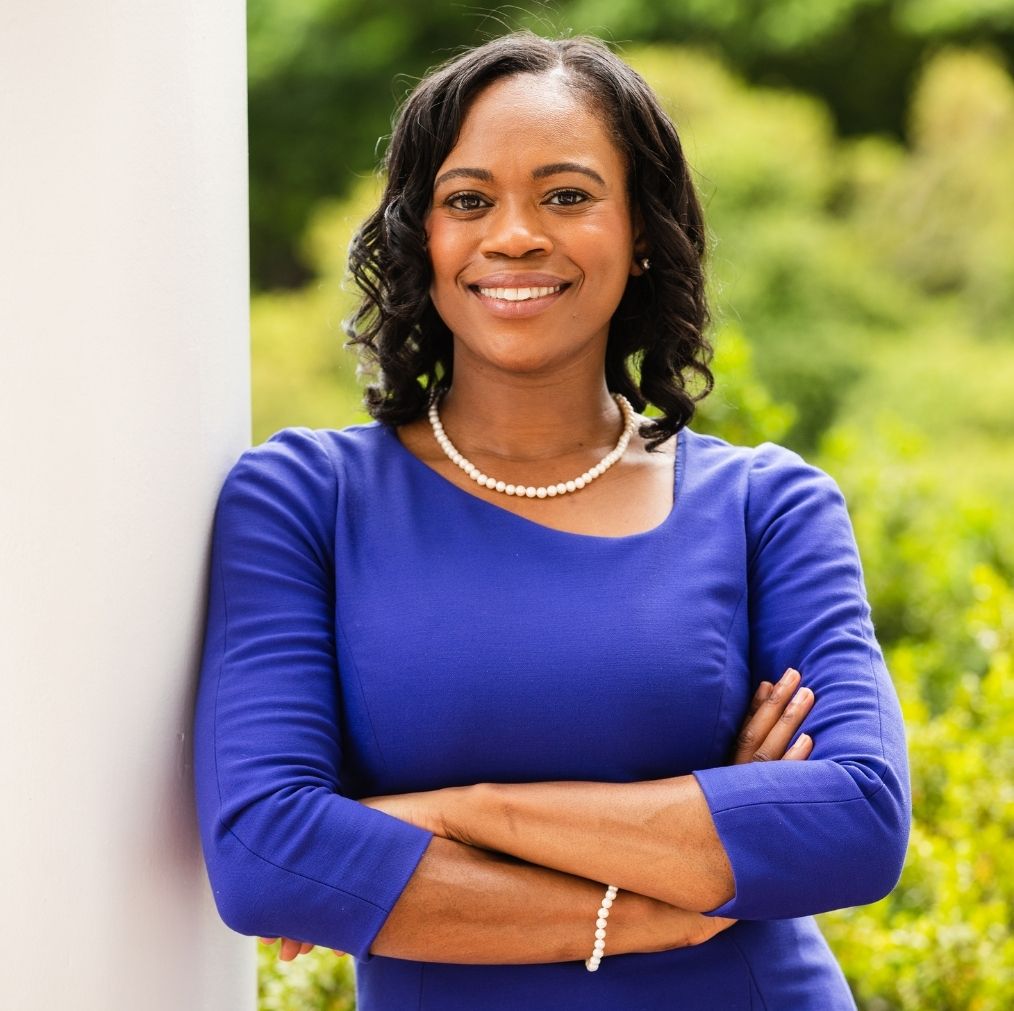 In 2017, Laurie-Anne became the first Black/African-American person elected to the Gaithersburg City Council and became the Council Vice President in 2020. As vice president, Laurie-Anne spearheaded the groundbreaking racial equity legislation to ensure a more thoughtful analysis before the Mayor and Council finalized votes.

Laurie-Anne is the daughter of Jamaican immigrants and was a teen mom. Her parents instilled in her early on the importance of quality public school education. Despite being a young mother, Laurie-Anne was committed to completing her education and wanted to be a positive role model for her daughter and other young parents. She joined members of the Montgomery County Chapter Parent-Teacher Association (MCCPTA) on a bus ride to Annapolis to testify before the state lawmakers demanding sufficient resources for our overcrowded school and to close the ever-growing achievement gap. Laurie-Anne finally saw the nexus of policymaking and the people who made these decisions and realized she could not sit on the sidelines but wanted to complete her education first.

Laurie-Anne was appointed to the National League of Cities, where she chaired the Community and Economic Development committee and served on the Board of Directors. In 2021, Laurie-Anne chaired the Metropolitan Washington Council of Governments Chesapeake Bay & Water Resources Policy Committee. She also served four years as an appointed member of the Maryland Municipal League's Board of Directors and Legislative Committee.

Laurie-Anne balances her career in public service with her full-time career in Public Health as a Consultant with the federal government, providing IT Project Management and Business Analysis support.

She is an alumnus of Leadership Montgomery's CORE program, holds a Masters of Public Administration from the University of Baltimore, and a Bachelor of Science in Public Health from the University of Maryland, College Park, where her daughter is finishing her senior year. As a parent, lawmaker, organizer, and effective advocate, Laurie-Anne will continue her visionary leadership by running for Montgomery County Council at large, focusing on a S.M.A.R.T. agenda that will successfully revitalize our County’s economy!