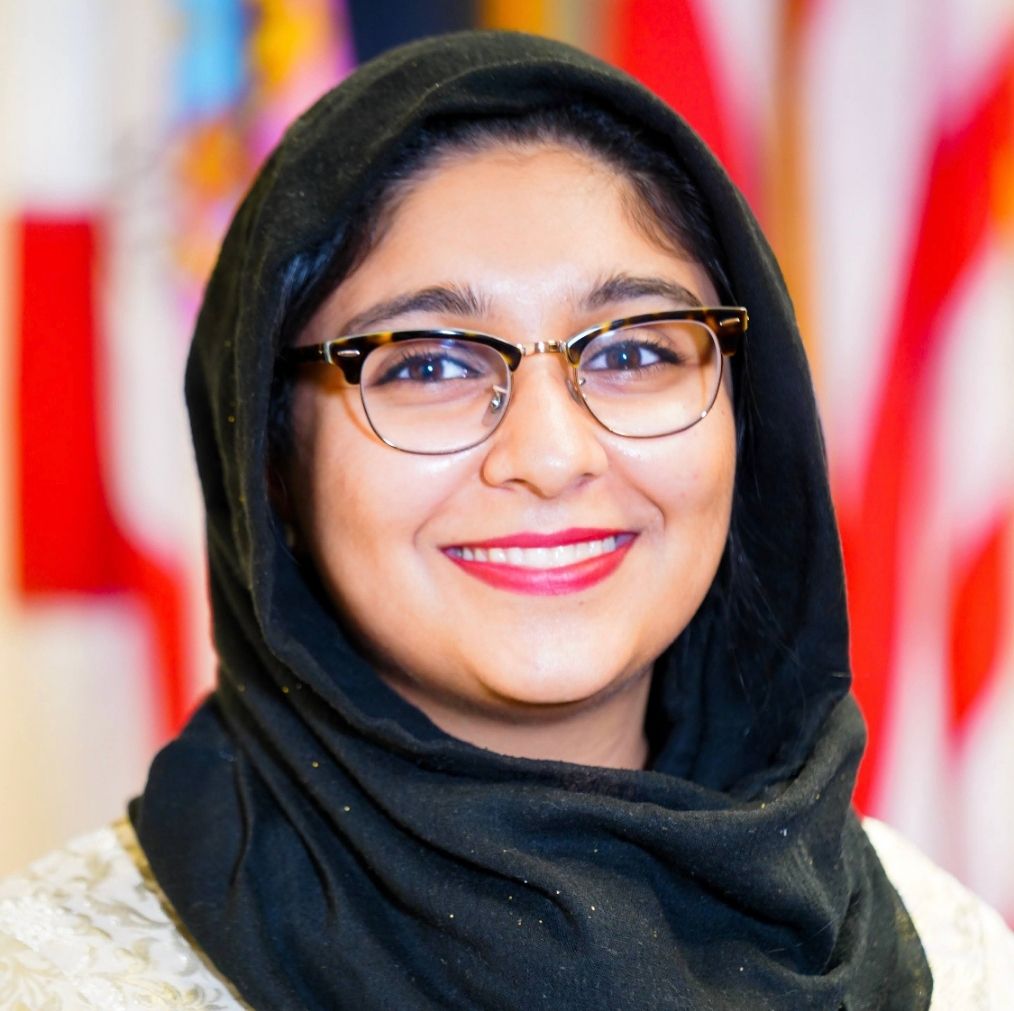 Raaheela is a grassroots community advocate and servant leader that is running to represent us in the Maryland State Senate, District 23. She served the past 5 years as our elected representative for the Prince George's County Board of Education, District 5, representing over 80,000 Maryland residents, and currently serves as Deputy Director of Campus Vote Project, a nonprofit that focuses on institutionalizing voting and civic engagement at college campuses across the country.

As a young, first-generation American, head-covering Muslim woman of Indian and Pakistani descent, Raaheela understands and passionately strives for equity and justice for marginalized people and communities. She has been featured by multiple media outlets for her work, including CNN, ELLE Magazine, NBC, FOX, The Washington Post, and The Baltimore Sun.