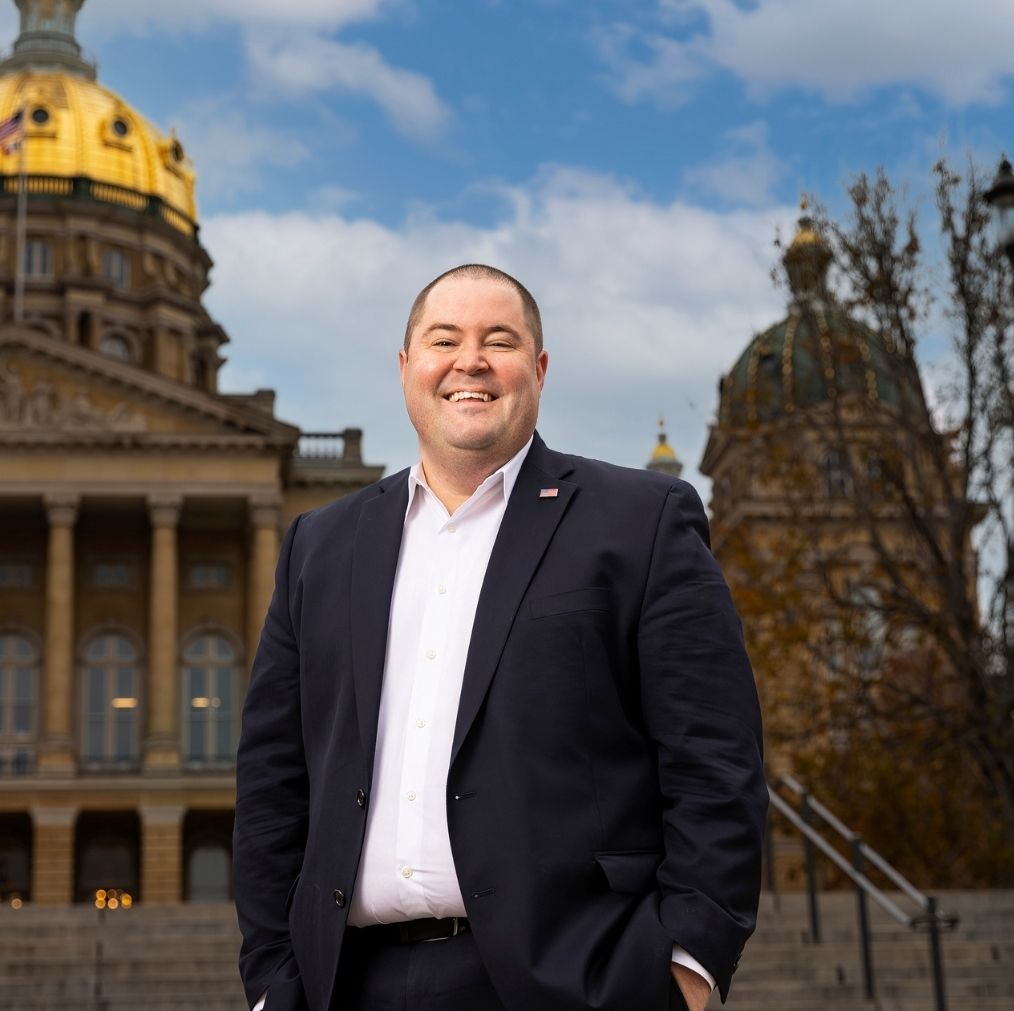 Sean is running for the Iowa House because he believes that Iowa can be a blue state again. As the chair of the Polk County Democratic Party, he helped flip statehouse seats and more than two dozen city council and school board seats along with reviving Iowa's world famous Steak Fry.

As a co-founder of the New Iowa Project, he has helped recruit 700 volunteers in 70 counties to help increase voter registration and turnout in the state. In its first year, the group provided 44 voter registration stations around the state, contacted 200,000 inactivated voters, and launched a mail program for local candidates in 5 counties.

All this work has been required because Iowa Republicans have gotten out of control. Since they took over the governor's office and both houses of the legislature six years ago, Iowa has gotten markedly worse on nearly every measure. Iowa is last in population growth. The state has gone from the top of national rankings to the middle on education. Businesses refuse to move here, college graduates refuse to move back, and rural towns continue to lose population. All Republican legislators can do is propose bathroom bills, book bans, and proposals to put cameras in classrooms.

Sean is running to start fighting back against Republican extremism , advocate for jobs, stand up for labor, protect women's rights, and defend voting rights. It may be a 10-year endeavor, but Sean will put in the work to make Iowa a forward-thinking, compassionate state again.