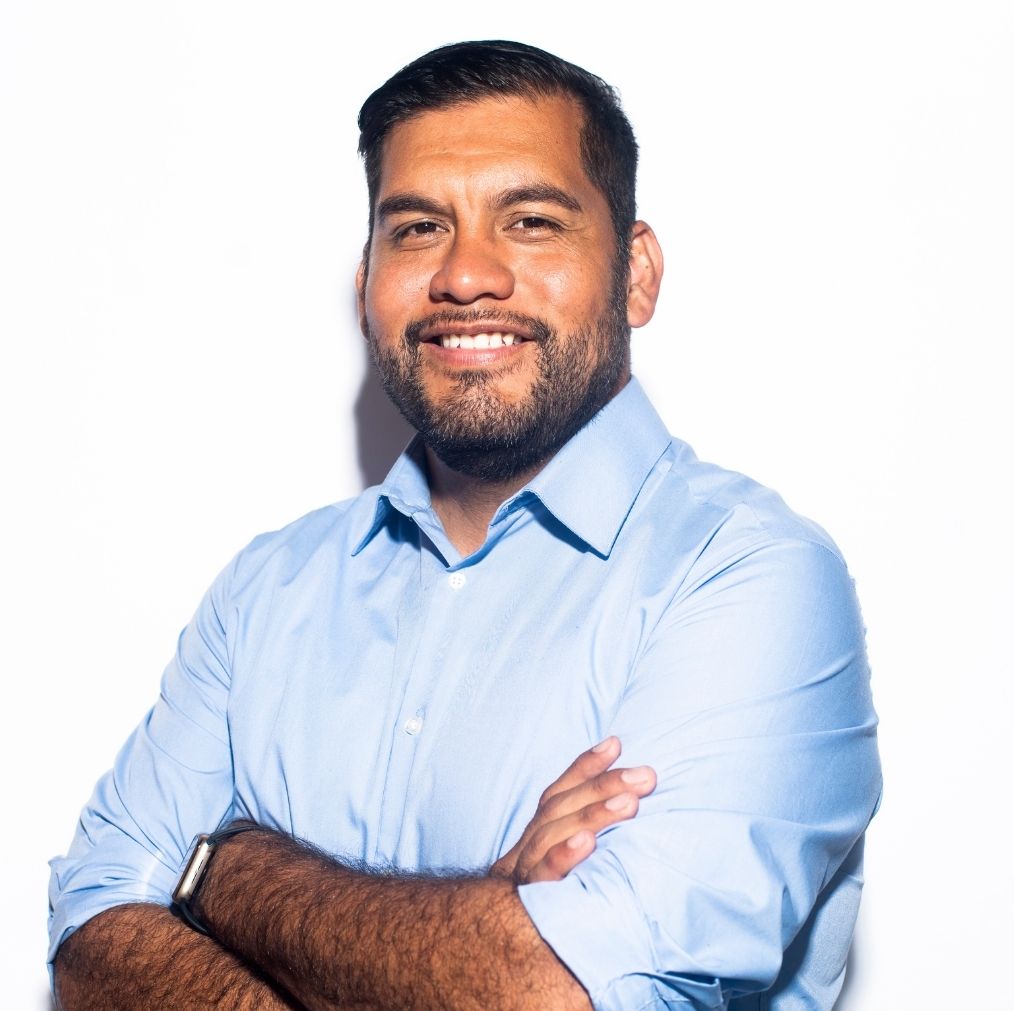 Hugo is a lifelong Angeleno who grew up in South Central to immigrant street vendor parents. When he was 14, Hugo’s father sustained a back injury that left him disabled for life. Soon after, his mother left street vending and found a job working as a janitor at LAX and has been an active member of SEIU-USWW for over 20 years. For the first time they had quality health insurance, and her union wage helped stabilize the family in ways Hugo cannot begin to describe.

As the second oldest, Hugo began working at a non-union hotel at the age of 16 to help make up for his father’s lost income and pay his way through college. A few weeks before graduating from UC Irvine, UNITE HERE Local 11 started a non-union organizing drive. While Hugo was in the process of multiple job interviews and prepared to go to Law School, he dropped everything and became heavily involved to win the union.

A few months later Hugo and his coworkers won their first contract that included life-changing wage increases, family health insurance, a pension, respect, and most importantly a permanent vehicle to fight for change in the union itself. Hugo has been with the union since that victory.

Outside of his work with UNITE HERE Local 11, Hugo also participates in his local neighborhood council and volunteers with SELAH to address the homelessness crisis, with the DSA-LA Labor and Electoral Politics committees, and oftentimes collaborate with other grassroots groups.