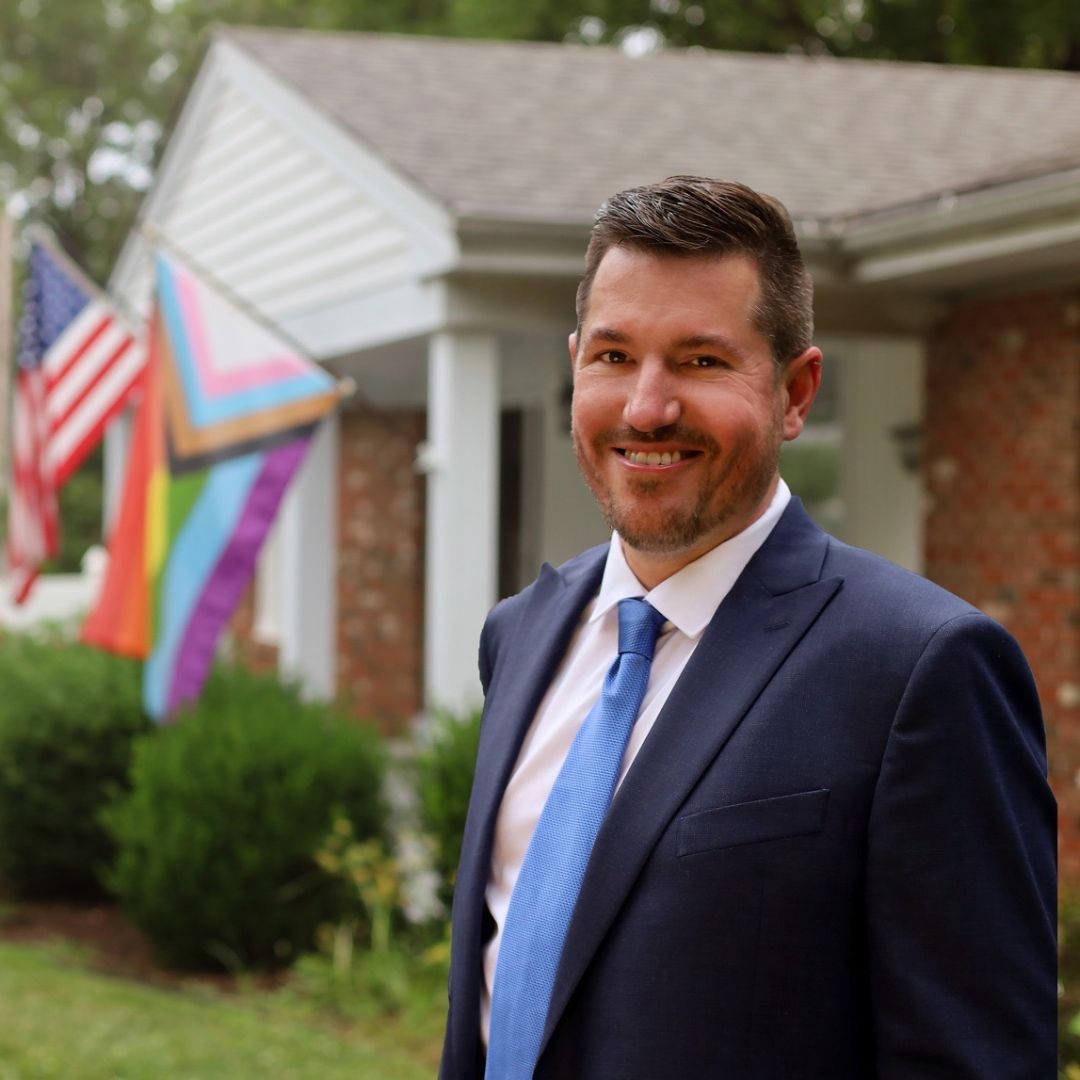 Colin is a social justice advocate and community leader with experience in regulatory rate auditing, sales, education, and corporate pharmacy benefit management. He is a small business owner in LGBTQ+ media; he serves as CEO, publisher, and cheif photographer or #Boom Media. Colin has served in volunteer leadership roles in the Greater St. Louis community, including serving as President of the LGBT Center of St. Louis and the St. Louis Civic Orchestra (where he also currently plays double bass). He also serves as President of his Homeowners Association.

Colin is running to represent Missouri’s District 100 in west St. Louis County, one of the most likely flippable districts, according to Missouri House Democrats. He believes that if you’re not sitting at the table, you’re likely on the menu, and that if we don’t elect people who have had to fight for their rights, we won’t keep the rights and protections we all deserve.

He lives in Ballwin with his husband, Brett, their daughter, 2 dogs, Dr. Bea Arthur, and Dr. Thomas Edison, and 2 cats, Helen, and Hades. Their entire modern family believes in authenticity, equality, humility, and trust.