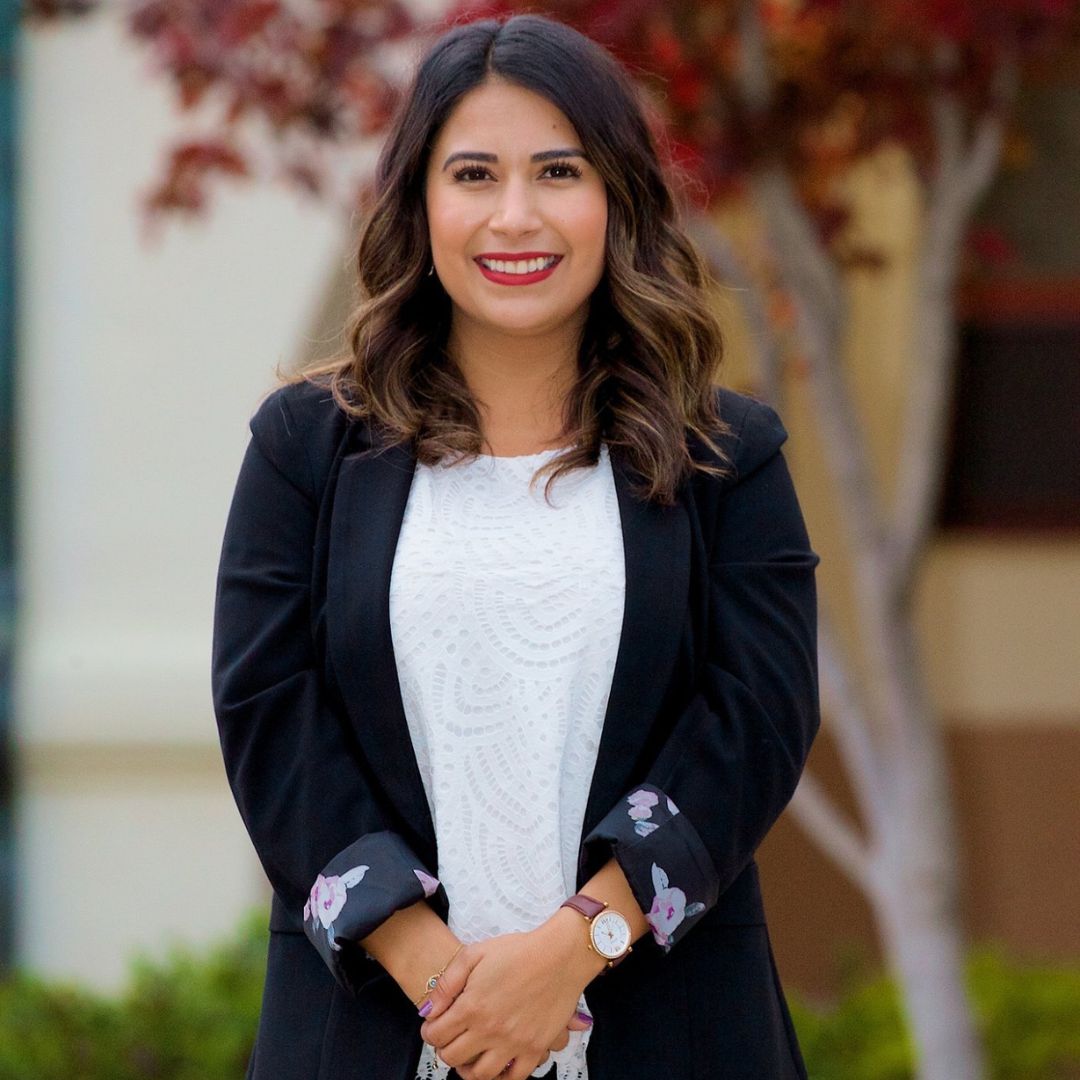 Gloria was born, raised, and educated in Santa Maria. She is the daughter of immigrant farm-worker parents, who made numerous sacrifices to ensure she would have a better life. Gloria took advantage of opportunities afforded to her by her family and community; she is a proud past participant of Future Leaders of America (FLA) and Future Farmers of America (FFA).

Gloria has dedicated her young professional career to serving her community. She is currently the Executive Director of Future Leaders of America (FLA), one of the largest Latinx youth-serving organizations in California. Before joining the FLA team, Gloria served in various positions at Planned Parenthood California Central Coast (PPCCC), including education, public affairs, and development. As the Director of Public Affairs, she expanded access to quality reproductive health care, including safe and legal abortion, through community engagement and public policy.

In 2018, Gloria was the youngest woman elected to the Santa Maria City Council as part of the national wave of young women of color seeking representation in local governments. Gloria is a proud member of The Fund for Santa Barbara family, having served as a Grant Making Committee member and as a current Board Member.

Today she and her family reside in Santa Maria. Gloria is bilingual, bi-cultural, and deeply connected to the many communities on the Central Coast. Gloria attended Pioneer Valley High School and earned her Associate Degree at Allan Hancock College and her B.A. at Chapman University.