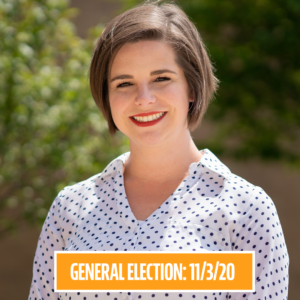 Laurie is a millennial microbiologist running a grassroots campaign on a progressive agenda. Her commitment to community service and activism began at Michigan State University, where she was a member of the campus LGBTQ-straight alliance and volunteered at the local crisis center. She has spent her career in laboratories doing everything from food safety to toxicology testing. As a scientist, she has a fierce commitment to protecting the environment. Laurie is also a strong supporter of a single-payer healthcare system that will also prioritize mental health services.