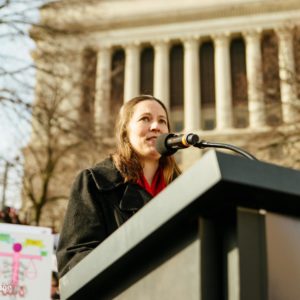 Erica is a Wisconsin native and first-time candidate, running for Wisconsin’s State Assembly in District 84. After the disappointment of the 2016 election, Erica led demonstrations against the Trump administration’s destructive policies. She became a leader in the Indivisible and Not One Penny movements, and her Indivisible group received national coverage in ‘Rolling Stone’ magazine for their innovative protests. Erica is a project manager and has experience in the health insurance and financial technology industries. She holds a bachelor’s degree in International Studies from Kalamazoo College. Erica graduated from Emerge Wisconsin, which trains Democratic women to run for office.