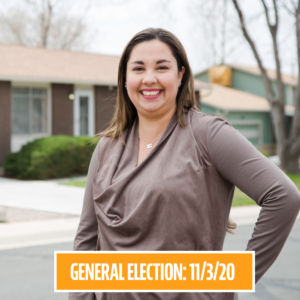 Yadira Caraveo is the daughter of immigrant parents who moved to Denver from a small town in Mexico in the 1970s. The oldest of four children, Yadira and her siblings grew up in Adams County. After graduating from Northglenn High School, Yadira went on to earn a Bachelor of Science degree in Biology from Regis University and a degree as Doctor of Medicine from the University of Colorado. After spending three years of pediatric residency, she returned home to her beloved Adams County, settling down in the city of Thornton where she currently resides and practices as a pediatrician.

As a Latina woman, a pediatrician, a labor advocate, and an environmental activist, she has never backed down from tackling the issues that Coloradans face. While she has received accolades for her work, like the 'Champion of Change' honor from the Obama administration in 2013, she fights for her neighbors because she wants to help improve our lives and move Colorado forward.