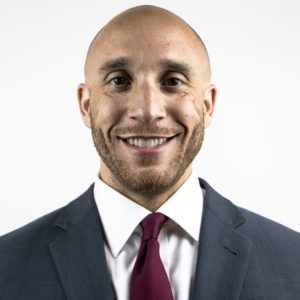 Brian Jackson embraces diversity and leads by example. After earning a law degree from Howard University School of Law, he returned to his hometown of Lansing to work as a prosecutor. After noticing systemic flaws in the way that government and the criminal justice system operates, Brian left the prosecutor's office to work as a defense attorney. Now, Brian has his own firm and volunteers his time by teaching students how to respectfully assert their rights during police encounters. Brian is running for Lansing City Council to ensure that everyone, including the underrepresented, has a voice in decision making.