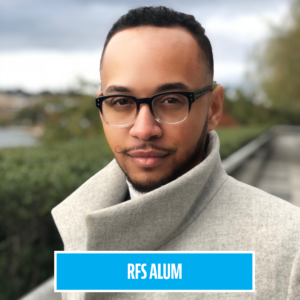 Mayor of the City of Poughkeepsie, NY

Joash started his career as an intern at the White House under the Obama Administration. He went on to become the highest efficiency analyst in the history of the Office of President Correspondence. After the White House, Joash joined the US Mission to the United Nations in New York as part of the Management Reform Team.

Joash was raised in public housing on the North side of the City of Poughkeepsie. Joash is one of seven siblings. At sixteen years old, he graduated from the Poughkeepsie High School as the youngest Valedictorian of any public high school in the United States in 2012. Joash graduated from Syracuse University with honors at age nineteen. In January, 2019, age twenty-three, Joash graduated with honors from the law school at King’s College London.

Joash is running for Mayor of the City of Poughkeepsie, the Historic Capital of the State of New York. He believes public servants have the responsibility to remind us that we, before anything else, are neighbors who are responsible for looking after one another.

Public Education, Police-Community Relations, Healthcare, and Sustainable Urban Development are at the heart of his Campaign. Joash believes young people have the opportunity to take on the issues and is, himself, committed to doing the work.