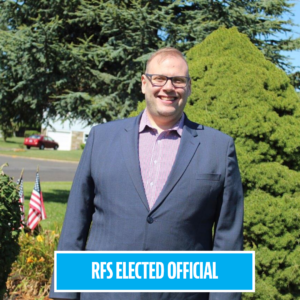 With a BSEd and Post-Baccalaureate Certificate in Secondary Education from Temple University, an MA in Holocaust and Genocide Studies, and a JD from the University of Richmond School of Law, as well as 10 years of classroom experience, Jon will bring a wealth of knowledge and experience to the position of Centennial School Board Director.

Jon is running for Centennial School Board Director because he is tired of seeing the majority raise taxes year after year, while the educational quality in the district suffers. In the past decade, the board has raised taxes 41%, the highest in Bucks County. Furthermore, under the current majority, Centennial went from a well regarded district to no longer ranking in the top 100 in the state.

If elected, Jon will be the first openly LGBTQ+ official in Warminster Township. He lives in Warminster with his boyfriend and his father.