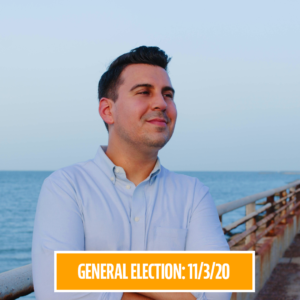 Eric Holguin grew up in a South Texas working-class Hispanic family of public servants. His father a public-school educator, his mother a nurse, and two veteran brothers who now serve as Texas State Troopers. Eric worked in NYC government before relocating back to Corpus Christi, TX to fight for his home region as the Democratic nominee for U.S. Congress in 2018.

Although gerrymandering affected his chances at being successful, Eric continued to fight for veterans (got a bill signed into law in the Texas) with a veterans organization, and for civil & LGBTQ rights as President of a LULAC chapter.