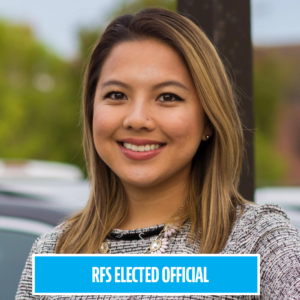 Nelsie is a daughter of Hmong refugees, a renter, young progressive leader, organizer and union steward at TakeAction Minnesota.

Nelsie is running for city council as a young progressive leader who’s ready to build a future in Ward 6 that’s built by all of us, not just some of us. Since her launch in 2018, Nelsie’s campaign team and allies have built a movement of people-power in the Twin Cities and raised over $80,000 in grassroots donations. She and her team will only continue to work harder from here on out; uniting across race, class, income, and age.