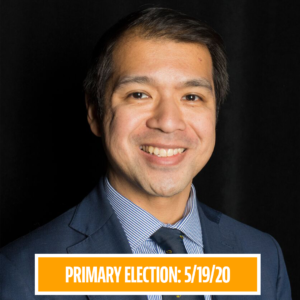 Marvin Lim is a Democratic candidate for Georgia State Representative, House District 99, where he has lived since 2001.

An immigrant who was formerly on public assistance, then later wrongly flagged as a non-citizen voter – all in Georgia, where his family came in 1991 – he channeled those experiences into a public interest career, becoming a civil rights and gun violence prevention attorney after graduating from Yale Law School.

Currently, he works with the Giffords Law Center to Prevent Gun Violence and on voting rights and other cases for Holcomb + Ward, after previously being at the ACLU of Georgia.