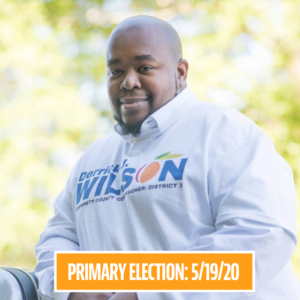 Derrick J. Wilson is a serial entrepreneur and the majority owner of a tax preparation company. Working as a contracted insurance adjuster brought Derrick to Georgia, where he fell in love with Gwinnett County.