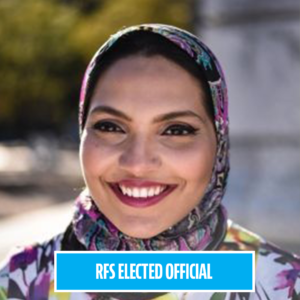 Nida Allam began organizing in 2015 after losing her close friend Yusor to a hate crime in the Chapel Hill shooting. She chose to channel her pain into working to fight injustices faced by marginalized communities. Nida served as Political Director on the Sanders 2016 campaign, was elected as a Vice Chair of the North Carolina Democratic Party, currently serves as the Chair of the Durham Mayor’s Council for Women and works as an Executive Council member of her local NAACP chapter.

Nida is running for Durham County Commissioner to fight for what our communities deserve.