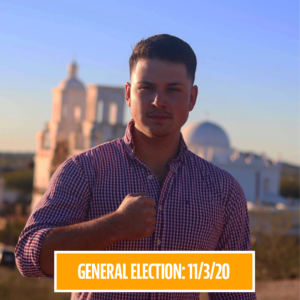 Matthew Taylor is a student at Pima College. He was born and raised in the

beautiful city of Tucson, Arizona. He sits on the board of directors for the local nonprofit 'Tucson Pride'.

Matthew attended the Sunnyside schools his entire life. However on the first day of his

junior year in high school, he was placed in the Arizona foster care system and that was the moment in which he decided that public service was where his heart lies. Matthew spent most of his time in the system on the run and in hiding, and due to a lack of resources and his fear of being picked up by DCS, he dropped out of high school and earned his GED as an alternative. Since then, 20 year old Matthew has begun his candidacy for a seat on the Sunnyside School Board.