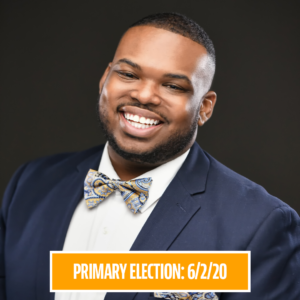 Bernard A. Williams grew up in the lower Northwest section of Philadelphia. After matriculating through Cheltenham and Philadelphia public schools, he decided to stay in Philadelphia to attend college, majoring in Business Administration with a concentration in Finance.

Currently, Mr. Williams is a payroll consultant for Robert Half International, and serves on the 39th Police District Advisory Council. He also serves as the chairperson for the Youth Aid Panel which is a diversion program at the District Attorney’s Office.

Through his knowledge of public policy, public relations, and community event organizing, he decided to run for Pennsylvania State House of Representatives, District 198 in 2018. Although he was not successful, Bernard continues his work in the district since 2018 and is running again in 2020. He believes we need someone in Harrisburg to advocate for education, social justice, and economic development, and that will fight for the issues of the new generation as well as older citizens.