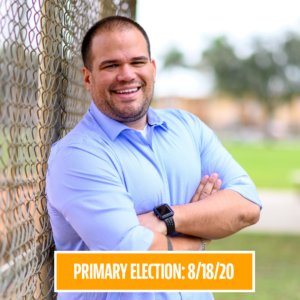 Ricky Junquera is the Regional Press Secretary for Sierra Club. He is also a proud Cuban American son and community activist. Throughout his career, Ricky has worked tirelessly to improve the community in which he was born. He is running for better health outcomes for his mother, and better economic outcomes for his working class community.

Ricky considers himself blessed to have been raised in Southwest Miami-Dade and be running to represent the people he has spent his whole life looking up to. He often says, 'we are our parents’ American Dream, but the American Dream is getting harder to achieve. That needs to change.'