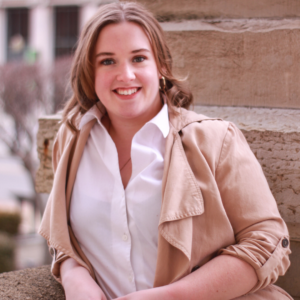 Alaina is a working-class progressive running to represent the people of Muskingum and Guernsey counties in Ohio’s Statehouse. She was born and raised in Zanesville and has become a dedicated and passionate advocate for her home district. She understands that true, sustainable change must happen at a grassroots level and is currently organizing an army of volunteers to deliver a people’s victory in OH-97 on November 3.

Alaina is running to give this seat back to the people. The Republican supermajority in the Statehouse is not working for or representative of working people and Ohio is long overdue for better leadership. Alaina’s priorities include enriching Ohio’s economy by working to raise the minimum wage, strengthen unions, promote green jobs and better skills training, and secure, affordable and good-quality housing for all. Alaina is also dedicated to affordable and accessible healthcare and a stronger, safer, and more equitable school system by fighting for education reform and common sense gun legislation.