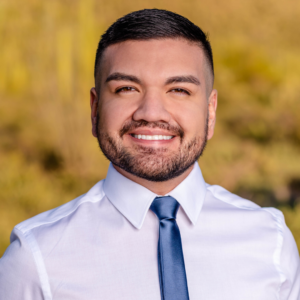 Andrés is a sixth generation Tucsonan. Raised by a single mom, he saw a path for advancement in Arizona’s public schools, becoming the first in his family to graduate from college.

He has spent the last decade working to advance equity, fairness, and opportunity for Southern Arizonans from all walks of life. In 2012, Andrés accepted a position as a senior aide to Pima County Supervisor Richard Elías in Tucson. He became the youngest policy advisor in the County’s history, overseeing the Supervisor’s constituent outreach and neighborhood relations.