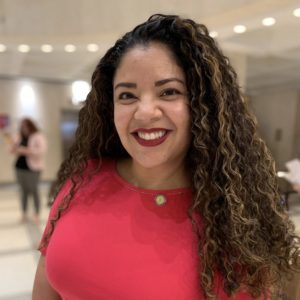 Mother, advocate, and a proud girl from Hialeah, Representative Cindy Polo flipped a House seat from Red to Blue in 2018, and has long before then been an advocate for her community. As a freshman in the Florida House, Rep. Polo was a champion for everyday Floridians, and now she’s running for re-election to continue to proudly service House District 103.

Although Rep. Polo’s political career has recently started, she has been a lifelong advocate for her Northwest Miami-Dade community. Her parents, Carmen and Ramon, left their beloved homeland of Colombia in search of a better future, and she has lived in Northwest Miami-Dade since the age of two. Cindy attended and is a proud graduate of public schools in the Hialeah/Miami Lakes area. She has two degrees, a bachelor’s in Mass Communications and a Master’s in Business Administration from Florida International University.

Her professional career includes time with the Miami Heat and the Miami-Dade Expressway Authority as a Communications Director. For the last few years, she has dedicated her time and energy to raising her son, CJ.

Polo believes her community has been ignored and dismissed for decades, and is committed to providing a real voice for her community.