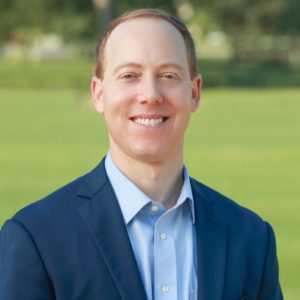 Ethan is running for the Kansas Senate because he knows that every opportunity he has had in his life stems from the great public school education he received in Shawnee Mission schools. He wants to make sure those schools remain great for the next generation of students, like his one-year-old son.

Ethan was appointed by President Barack Obama to two senior leadership positions at the U.S. Department of Commerce, where he gained invaluable experience with economic development. As an attorney, Ethan has fought against Kris Kobach-style voter suppression laws and for working families as a union-side labor lawyer. Ethan was the Executive Director of the Kansas Democratic Party from 2017-2019, leading the Party through its most successful election cycle in a decade, including the election of Governor Laura Kelly and Congresswoman Sharice Davids. In the Kansas Senate, Ethan will be a common-sense problem solver and work to make sure every child in Kansas can attend a world-class public school, every Kansan has access to quality, affordable health care, and we build an economy where no Kansan gets left out or left behind.